In the future, they could replace diesel-powered trains. The first experimental hydrogen fuel cell trains have already appeared in Europe. Two market leaders, Alstom and Siemens, have already presented their vehicles, but several other manufacturers have already received orders. MÁV-Start has opened its call for tender and market survey to the public, autonavigator.hu reports.

“Hydrogen fuel cell trains could be one of the solutions for emission-free passenger transport on non-electrified, mainly regional rail lines. The replacement of diesel trains is particularly urgent in Hungary. Vehicle manufacturers are essentially phasing out conventional diesel trains due to climate concerns, and the rail industry sees a future for battery and hydrogen cell technology on non-electrified lines.

The advantage of hydrogen cell vehicles over battery vehicles is that they have a much longer range; one charge is enough for up to 1000 kilometers, i.e., several days, and the tanks can be filled quickly, in a time similar to that of diesel,” Vitézy wrote in a Facebook post.

However, Vitézy stresses that this is still a market survey. There is no talk of purchase yet. MÁV-Start is considering a framework contract for 18 vehicles. The maximum speed could be 140-160 km/h. The coaches would have 120, 180, or 200 seats. The technology would be financed from the revenues of the European Union’s quota trading system under the Hungarian government’s Green Economy Financing Scheme.

Here Comes (the Power of) the Sun in Bulgaria 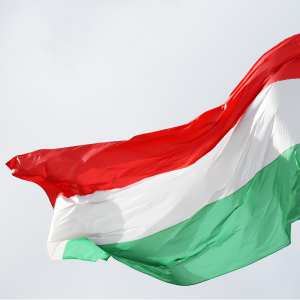