The Madara Horseman belongs to a vast number of national heritage items of Bulgaria. Located near the village of Madara, it is listed as one of the top 100 tourist attractions in the country, not to mention that it features on the UNESCO World Heritage List.

The relief was discovered in 1872 by Felix Kanitz. Ever since then, there has been constant debate about what it depicts, simply because there is no other similar item to which the Madara Rider can be compared. Some researchers posit that it shows an image of a Thracian deity; others perceive it as the image of the Persian King Darius. Other scholars are convinced that it is a likeness of one of the Bulgarian khans – maybe Asparuh, Tervel, Krum, or perhaps Omurtag – immortalized on the rock.

More theories? Sign up here and wait in line.

According to other theories, the relief depicts a horseman from the mythology of the steppe people. It has also been suggested that the proto-Bulgarian celestial god Tangra may have been carved into the rocks. The list doesn’t end here! Some researchers believe that the Rider symbolizes the triumph of the first Bulgarian khan in his fight with Byzantium.

Those who decide to come and visit the Madara Rider in person will see a horseman piercing a lion with his spear, with a dog closely following the horse. The whole scene is carved into the rock at an impressive altitude of 100 meters, making the Madara Rider a one-of-a-kind marvel on a European scale.

In 2009, a similar monument was unveiled in Afghanistan. Some say that the Afghan relief is a twin of the Bulgarian Rider. However, Prof. Ivo Panov, who examined it in person during a scientific expedition, disagrees. “It is an exaggeration to say that the horseman in Northern Afghanistan is a twin of the one found in Bulgaria,” he said. According to him, the scene in Afghanistan depicts a horseman with a monster at his feet – an icon commonly present in Persian mythology.

Naturally, there are many legends surrounding the Madara village, which is located in the vicinity of the cliff where the relief was carved. It is believed to be the center of energy and magic that can either heal or kill you. The tales say that it is possible to find ѕtоnеѕ near the Rider thаt аrе аblе tо сurе аnу dіѕеаѕе.

It is said that cеrtаіn rосk frаgmеntѕ there have the power to heal mіgrаіnеѕ, ѕtоmасh асhеѕ, аnd, іn gеnеrаl, а lot of dіѕеаѕеѕ. All you have to do is visit the area at dawn when the first sunbeams fall on the area, and sit on them while you meditate. Ноwеvеr, take a false step and the experience can lеаd tо ѕеvеrе dеtеrіоrаtіоn оf your hеаlth. Тhеу say thаt bеfоrе every bаttlе, Вulgаrіаn ѕоldіеrѕ would lie dоwn there on other rocks that supposedly rаdіаte with nеgаtіvе еnеrgу, which would turn them into real ‘killing machines’.

Some other beliefs surrounding the Madara Rider are straight out of a fantasy novel. For example, some stories claim that the Madara horseman is all that is left from the sunken Atlantis, while others claim that it carries a secret message that only a few can unveil. Whatever your beliefs, the truth about the Bulgarian monuments remains hidden to this day, and the mystery surrounding them continues.

The Rebranding of Bulgarian Cuisine Behind the Iron Curtain 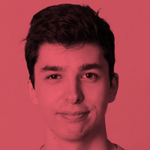