In the Poles’ consciousness, we appeared as a country too small to play a significant role in the world game of superpowers. We were perceived as an ordinary mediocrity. This mediocrity, however, gave us a relative sense of security. Influences from the West came to be seen as an “offensive of good and modernity.” Everything the West provided us with was supposed to be better and serve as a role model.

Our goal became to be “the West” in the complete sense of the word, or at least its little brother. We wanted to be a Western economy, live by Western standards, and feel safe as Western societies. We looked to NATO as the basis of our security and to the European Union as the guarantor of our future economic prosperity. We looked particularly hard at the United States, which would become our closest ally in the near future. The world seemed uncomplicated, but only on the surface.

It soon became apparent that the space left by the collapsed Soviet Union and communism had been replaced by local powers that had no similar aspirations to Poland. American historian Robert Kagan perfectly paraphrased this phenomenon in his book “The Jungle Grows Back.” American hegemony began to encounter resistance in virtually every corner of the world, which was not as centralized as before but rather dispersed and local. To resolve the impasse, George W. Bush created the concept of the “Axis of Evil,” which included Iran, Iraq, and North Korea.

This treatment worked for the War on Terror, but classical warfare was not the only effect of undermining the role of hegemony. In addition to military action, the United States began to use its economic power more and more eagerly, taking advantage, among other things, of the world’s dependence on the dollar, which remains the world’s main reserve currency in which most international transactions are settled. In addition to the “hot wars,” we have increasingly witnessed wars that are less spectacular but far more destructive to entire societies – trade and currency wars.

The process of globalization is progressing inexorably. Economic interests mix with political interests. They often remain in conflict. Sometimes they strike at entities that are not directly involved in them. Despite belonging to international military alliances and economic organizations, as a country, we constantly experience the crossing of different interests.

A perfect example was the construction of the Nord Stream 2 gas pipeline connecting Russia and Germany. Even though both sides used to call it an economic project, this project had a strong political character, especially if we look at the Russian Federation’s foreign policy toward its neighbors. Georgia, Belarus, and, most recently, Ukraine have also repeatedly experienced bloody Russian policy.

It works the other way as well. World politics affects our economy. Polish companies are exposed to the risk of losses by global trade wars. One of the largest Polish companies, KGHM, which signed multi-billion-dollar contracts with Chinese entrepreneurs to export copper, among other things, may lose the Chinese market due to political disputes which do not concern the base metals sector. Embargoes and trade wars limit access to the Chinese market.

KGHM, which signed multi-billion-dollar contracts with Chinese entrepreneurs to export copper, among other things, may lose the Chinese market due to political disputes

One difficulty that globalization poses for Poland is the structure of Polish debt, which, in large part, is not based on local Polish capital. The world is no longer black and white. In our Polish field, there are still divisions, described by many sociologists as a choice between the “pro-American” and “pro-German” factions. In other words, it can be defined as the Atlantic direction and the European direction. But is the world really like that?

Both sides have their particular interests, which often clash and lead to various scuffles, but necessary talks are held where views converge. In the Polish reality as we can read, is the issue of the rule of law (sic!), as well as the participation of both Germany and the USA in the functioning of the Tri-City Initiative and media freedom in Poland (sic!) are the topics that unite the two entities. Poland needs a stable geopolitical situation to grow economically. Our location necessitates that we play a significant role in peacetime as a bridge between the East, West, North, and South. Infrastructure projects such as Via Baltica and Via Carpatia show that we are paying more and more attention to our strategic location.

Professor Zbigniew Brzezinski already wrote about it in his work “The Great Chessboard,” calling the region of Central Europe a nodal area of the world, where various communication routes intersect, from where you can control the movements of many players, including Russia and China. Poland and Poles need time to become more prosperous and more potent. Only then will our position in the international puzzle of interests, intrigues, and disputes gradually increase. A more affluent country always has greater opportunities to influence the surrounding reality, also in moments of crisis, of which there will undoubtedly be many ahead of us. 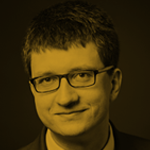 entrepreneur, President of The Jagiellonian Institute, energy and economic expert