Innovativeness and labour cost in EU

This means that, sooner or later, Central European economies will lose their competitive edge based primarily on low labour costs in EU. To keep the pace of growth and remain competitive despite not being the cheapest available, products and services from CEE will need to include some locally added value. In practical terms, that value equals locally conceived innovations.

On the other hand, Czechia, Slovenia, and Estonia have the highest labour costs in the CEE, which means they will be the first to need new competitive advantages to secure long-term growth.

One of the most commonly used statistic indicators regarding innovativeness is the share of the research and development (R&D) spending in the country’s gross domestic product. Eurostat’s figures confirm the previously mentioned intuition. R&D in Europe is worth looking at.

Central Europe is slowly but steadily catching up with Western Europe in that regard. Some countries such as Romania, Latvia, and Bulgaria lag behind others, while in Czechia, Estonia, and Slovenia, R&D expenditures make up about 2 percent of their GDP, which is already on par with some of the most developed economies on the continent

Statistics show that some Central European countries like Czechia, Slovenia, and Estonia are already facing a stage of economic development that pushes them towards creating their own chains of value based on their unique know-how in specific areas. On the other hand, countries like Romania and Bulgaria still have a margin for further economic development as subsidiaries within other’s chains of value.

The countries in between can, for the time being, continue to take advantage of their relatively low labour costs. However, they should already be on the lookout for other economic edges. In the longer term, all the countries will need to transform into innovative and technologically-focused economies, which means you can expect more and more innovation coming from Central Europe. On the subject of the economy of countries, it is also worth looking at public debts in Europe. 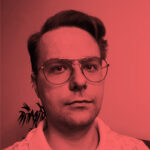