The world stood still when the breaking news from Eastern Europe hit the world’s cities: an inventor from Bratislava had formulated the very first complex notion of artificial intelligence. Kempelen Farkas, the creator of the first automaton, was well known to his contemporaries for remarkable achievements in the field of technology and innovations.

His already unrivaled reputation got an additional boost when he announced that he had managed to construct a machine capable of thinking and reasoning. He called it “simulated reason,” and its purpose was to outmatch human logic in a game of chess.

But it wasn’t only the “soul” of the machine that was stunning. Its appearance was also formidable. It featured a mechanical Turkish pasha (hence the name: Mechanical Turk) sitting calmly in his seat, a long pipe in his hand, behind a massive table on which a chessboard was placed. It sneakily watched each move with its mechanical eyes, observing its opponent desperately fighting to beat this anima artificial – artificial soul.

After the discovery was announced and shown to the people of Bratislava, the machine with its man-made reason was immediately shipped to Vienna to be presented to her Majesty, the Empress of Austria Maria Theresa, by the creator himself. The Empress of Austria thought of the invention so highly that she encouraged Kempelen, who then asked himself: “Why don’t I show my masterpiece to the whole world [so that everyone can] see the spectacular deed?”

His creation was soon introduced to the residents of the largest metropolises of Western Europe and North America during a world tour. Mechanical Turk (or, simply, “The Turk”) gained such attention and fame that even Napoleon Bonaparte and Benjamin Franklin were eager to test their skills against the “synthetic creature” that… defeated them both. The duels would always end in the victory of the unnatural over the greatest human minds.

The impact of the invention was so breathtaking that it inspired one of the most respected American writers of all time – Edgar Allan Poe. He wrote a short story entitled Von Kempelen and His Discovery. The text is a fictitious tale that tries to predict the future scientific breakthrough by Kempelen.

Poe fantasizes that the „next big thing“ Kempelen was to endeavor would be the discovery of the process whereby chemically manipulating lead, he would turn it into gold – and was able to forge precious metals synthetically. Such a discovery would have destabilized the world’s monetary system at that time. Poe’s story testifies to how staggering Kempelen’s crafting of his mechanical Turk was. He was nominated to solve THE greatest alchemical mystery of all times!

A hoax to rival the best

“The Turk” might have sparked great interest at the time; however, it was later revealed that “synthetic reason” was a mere illusion. A man sitting inside the massive table was controlling the Turk´s limbs. Incredible letdown, I know. But think about this: how could the machine’s operators conquer the minds of such geniuses as Napoleon Bonaparte and Benjamin Franklin, winning almost all of the duels? To find the answer to that question, one should first ask: so who operated it?

Kempelen put much effort into finding the best chess players in Europe. Once they were found, he tried his best to get to know them and to carefully examine if they would be willing to participate in such a conspiracy. After eliminating the untrustworthy and indifferent, he presented the idea to the very few who were fit to become the core of the “man-made creature.” That was the grand secret that outplayed even the Kings of Europe!

The takeaway from this experience to the disillusioned public was that only a human mind could defeat another human mind. A rule that remained unbroken until the late 20th century. 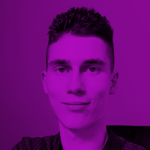 is a student of law from Bratislava, Slovakia. He is interested in history and current international affairs. He loves working out, living a healthy lifestyle, cooking and traveling around central Europe. He is curious about cultures and countries neighboring Slovakia, especially Hungary and Poland.