The Three Seas Initiative is a geopolitical project that includes long-term projects such as roads, gas connections, high-speed north-south railroads, and extensive digital infrastructure construction. The Three Seas projects are facilitating the movement of goods, securing natural resources and energy supplies, and building the economic capital of individual countries. They will significantly affect the lives of residents – raising their standard of living and creating new opportunities for business and travel.

Even though there are many benefits from the plans, not many people in the region are fully aware of the national and personal gains. According to surveys, on average, only 15% of residents are familiar with the idea of the Three Seas Initiative. Interestingly, when they learn about the plans, they find the concept vital and express enthusiasm about the region’s prospects.

Three Seas residents embraced the possibility of becoming part of something bigger by joining the European Union. They can gain similar strength from the Three Seas Initiative. As a community, we represent a huge part of Europe. We are Germany’s first trading partner and a huge center of new business and startups. The idea of the Three Seas has a chance to succeed as a complementary force to the EU, its eastern flank, responsible for its geopolitical security. With Russia’s recent aggression on Ukraine, Central Europe is a natural barrier against the Russian superpower’s appetite to rebuild its former Soviet sphere of influence.

For the Three Seas Central Europe project to gain momentum, it is necessary to conduct extensive communication targeted at businesses and citizens in the region. The support of the region’s people for the project is important to gain the support of the political elite. Without it, it will be difficult to obtain the funds necessary for the success of the Three Seas Region.  Increased cooperation in the region, especially investing in cross-border infrastructure, will be one of the main factors in accelerating economic growth and will allow Central and Eastern Europe to keep up with Western Europe.

Three Seas and its obstacles

One obstacle to understanding the region’s opportunities is the persistent unfavorable opinions of the region by its own residents. On average, almost 45% of survey respondents believe that we are much less developed than Western European countries, despite our systematic development. The unfavorable aspects are high emigration and corruption. The positive information is that the residents strongly identify with the culture of their country. They also see similarities between the Three Seas countries: common experiences from the Iron Curtain era, similar values, and mindset.

The idea of the Three Seas brings together twelve countries that, until now, have been more inclined to look to the East or West than at each other. Although we are close neighbors and our histories have intertwined more than once, we do not know each other’s pasts.

We do not know the history of Estonia and Romania, which is no less passionate than the history of France or England that is taught in our schools. An additional barrier is the hermetic nature of the region’s languages, in which information and history remain sealed.

From behind the Curtain

The Three Seas Initiative is an excellent opportunity to come out from behind the Iron Curtain, which involuntarily still exists in the minds of people around the world, and spotlight the incredibly diverse colors of our region. And there is much to be proud of. We have a mature culture of old civilizations, phenomenal cuisine, fascinating history, unusual traditions, and customs. This is a beautiful region full of magical places, wild and untamed nature, and interesting cities, bursting with the energy of the people who live in them.

As you can see, there is a great potential in developing the idea of Three Seas, so let’s tell this fascinating story. To each other and to others.

Poland Has Bet on the Atom in More Ways Than One

A Brand New Czech Reactor: The Race for First Place

Building Upon the Export Success of Three Seas Countries 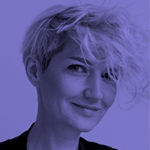 create communication strategies for ideas and initiatives using my many years of experience working with the world's top Advertising Agencies. Engaging, creative, and original campaigns are my passion. My latest project is getting the world to hear about the Three Seas Initiative, the most ambitious project of our time.